I stayed here for two weeks. If you aren’t English and you aren’t a shareholder in this hotel DO NOT GO TO IT!

Everyone staying in the hotel is mostly shareholders and they all have a little click with each other and with the people that work there so they all get treated much better and they get served at the bar straight away even if your standing there waiting.

There is also rules up saying your not aloud inflatables which they don’t go by!

The hotel doesn’t go by any of their rules it’s just a free for all. Also if you aren’t down at the pool before 8:15 then you will not get a sunbed at the pool because people go down at 8:00 and reserve sun beds and go back to bed.

This is also another rule that isn’t obeyed because it says you can only reserve sunbeds for an hour but I saw people getting them and only sitting on them for at least 2 hours throughout the day.

The bar staff are all so rude and ignorant. Especially a girl called Anastasia when I complained about her being rude she came over to me and confronted me by pointing her finger in my face and telling me she works very hard and I had no right to complain.

For all the days after I complained about her when I went to the bar for lunch she decided to ignore me and told someone else to serve me which is so immature and unprofessional, her manner is disgusting and a disgrace she should not be working with the public or in a hotel if she can’t handle how busy it is.

The only nice person that works on the bar is Maria. Very kind and helpful.

I only give this hotel one star because the only nice thing about it is the rooms.

When you are leaving you have to get ready in bathrooms that are soaking wet and stink of urine!

Absolute disgrace and disgusting there are no courtesy rooms.

There was drilling and building work going on around the pool which is a disgrace.

You don’t go on holidays to listen to drilling!

The lift was also broke for 2 days which meant if you were staying on the 4th floor you had to go up at least 300 steps before even getting to your room.

I have a picture of the building work below. 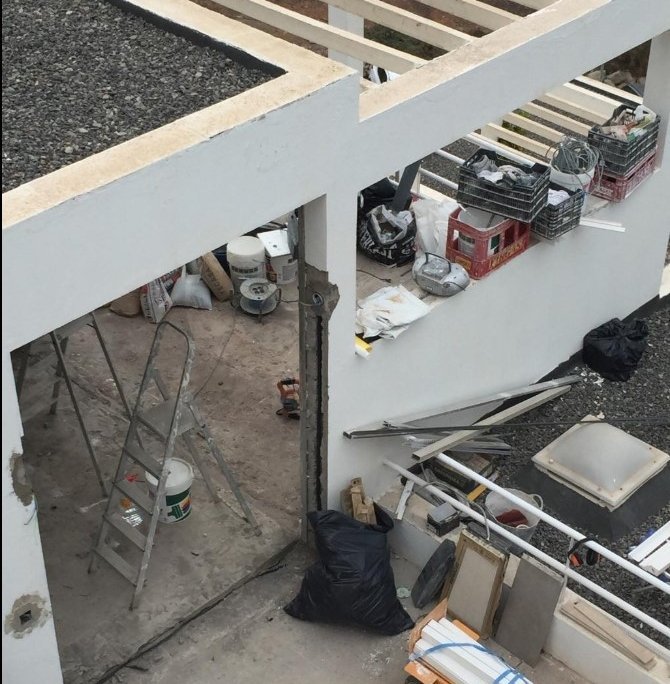 Know what your rights are..

See what our clients have to say