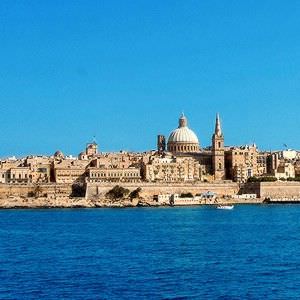 Owners of Fortina Spa Resort timeshares often find themselves trapped in infinite contracts with rapidly increasing maintenance fees which ultimately stems from a mis-sold timeshare contract. Over recent years there have been a number of ground-breaking rulings regarding mis-sold timeshares by many timeshare groups and resorts which have resulted in refunds and compensation. Many owners of Fortina Spa Resort timeshare contracts are entitled to, or have already made claims. People have cited complaints due to high increases in fees including maintenance fees,  aggressive fee collection procedures enforced by the timeshare scheme and contracts committing owners to paying fees “in perpetuity”

The end of an era

We are timeshare owners at the Fortina which was a lovely hotel. how can they advertise this as a 5 star when it is clearly not anymore

The place is not clean, saw 2 cockroaches in the bar area

In limes mind, there were no customers

IT does sum up how bad the place has got.

All the lovely staff from taste have left and its only open for breakfast now.

We can help you cancel your Fortina Spa Resort Agreement Legally. Contact us Now to see if you qualify!

The Hotel no longer exists

I had stayed here a few years ago so went back to have a look at it while on holiday elsewhere in Malta.

The original hotel was in two parts: a 4 star hotel block and a 5 star tower.

The hotel block and gardens are now just a large hole in the ground with plans to build underground parking, retail shops and residential apartments.

The tower block is still there but the Fortina name has been replaced by Seafront Tower.

A Day by the Tropical Pool

We paid for a day by the pool at the Tropical Pool at the Fortina Hotel. On the voucher(Deal Today) it states that no personal food can be consumed on premises and we followed instructions.

At lunchtime we went to eat in one of the restaurants around the pool.

But to our disappointment only the Indian restaurant was open.

The rest: Taste, Can Thai and il Guardino does not serve lunch.

Oh, thank you so much. We had to dress up and go out of the hotel to eat!!!

Have stayed at The Fortina for last 7 years and have previously reviewed the hotel as superb and also positively commented on the al-fresco dining experience at Taste restaurant.

Sad to say Taste is no longer open for dinner and the terrace has been added but unfortunately nowhere near as good for menu food quality or service.

Yes, there are several other restaurants to choose from but frankly, all have relatively poor service with the Indian and Chinese restaurants giving the impression that they are doing you favour providing a table – maybe they are as I believe these are some form of hotel franchise.

Interestingly having booked lunch in some restaurants which we were advised was requirement rather than ‘walk up’ as in previous years we were advised a day later that all lunches were served for AI guests in a different restaurant….so much for choice as advertised So on balance thanks for the good memories but frankly you need a bottom-up review on what you are providing as this is nowhere near the standard of hotel, service or food that previously was available and the reason for our return visits.

We have been going to the Fortina 4* for twenty years and had great holidays with great food service and comfortable rooms.

This year as it is our 43 wedding anniversary I decided to “push the boat out ” and booked the Spar resort advertised as a 5* hotel.

Flights with Jet2 were great, private transfer from the airport there to meet us and everything going well till we walked into 5* reception.

Told to sit by the receptionist who then told us that we were booked into the 4* , I produced paperwork showing that we had booked and paid for Spa resort, she insisted that we were not booked into Spa but next door.

The manager Mr Paul was summoned who looked at the paperwork and informed me that he was only being paid by Jet2 for a 4*room !!! He took paperwork saying one of his staff must have made a mistake he would go and see about it.

Twenty minutes later he returned and said “Looks like you have got yourself a good deal !! I was a bit taken aback and asked him to explain himself

“You have got a 5* room on the 6th Floor but I am only being paid for a 4* room!! because I had booked in December when Jet2 were subsidising rooms…so what? Not my problem was my response and told him that I was not impressed with his customer care

There was a sort of apology but by now a was well and truly miffed.

Our “Special” holiday was beginning to come apart.

The room was satisfactory but nothing special, in fact, was no different from the Garden rooms in the 4* next door. The bed linens were poor quality the pillows were soft and the mattress on the bed although adequate was not of the quality you expect in a 5* hotel nowadays.

Went to eat in the Valette restaurant a buffet restaurant the choice and quality of the food was appalling not a patch on our previous visits, this used to be the showcase restaurant of The Fortina not anymore I later found out that the catering here has been franchised out and is not controlled by the hotel.

Tried the Chinese ..food was good but the staff were running around like there was no tomorrow far from a relaxing experience… then we went to Table 1 again good food but not enough staff I felt sorry for Victor the restaurant manager who was running around like a cat with its tail on fire trying to look after his clients trying to achieve the impossible with the staff he had.

The last three nights we ate at The Terrace restaurant where the food was excellent we had booked for 7 pm thank goodness by 7.45 the whatsit hit the fan the place was in chaos with three members of staff looking after thirty tables the night manager came in to help out but there was just a lack of staff and people were not happy.

Many of the “Old” staff have left the Fortina and it is obvious that the training of new staff leaves a lot to be desired.

Smiles and cheery greetings are few and far between.