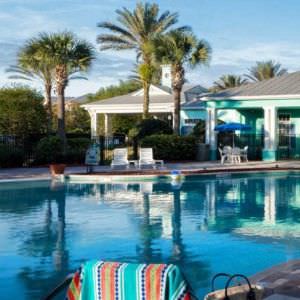 Owners of Festiva Orlando Resort timeshares often find themselves trapped in infinite contracts with rapidly increasing maintenance fees which ultimately stems from a mis-sold timeshare contract. Over recent years there have been a number of ground-breaking rulings regarding mis-sold timeshares by many timeshare groups and resorts which have resulted in refunds and compensation. Many owners of Festiva Orlando Resort timeshare contracts are entitled to, or have already made claims.

There has been a huge increase in timeshare release enquiries and complaints from customers with Festiva Orlando Resort timeshares.

If you believe you had a Festiva Orlando Resort timeshare contract mis-sold to you or you wish to be released from your timeshare contract, please contact one of our experts at Mercantile Claims or fill in the form below.

I now see why there were so many units available at this resort when there were NONE available at any other Festiva resort ANYWHERE on the east coast for us to reserve! The entire place is old and worn out! Carpet and furniture are disgusting, torn apart or broken and definitely needs to be replaced!

The furniture was mismatched, and the four rooms we had, presented with a musty smell. Building and room repairs look like they were done by someone who didn’t know which end of a hammer, putty knife or paint brush to hold.

This resort allows pets and there is no reserved or designated building or rooms for anyone wishing to take their pets, they just assign whatever rooms are available. Anyone with pet allergies would NOT be able to stay in ANY of the rooms.

People in the unit next to us had two dogs crated in the corner of the room closest to our bedroom and left them alone every day. As soon as they left, the dogs would start barking, howling and whining, non-stop! Complained to the front lobby but all they could do was call the room.

No answer obviously because the people were gone so there wasn’t anything they could do. This was a daily problem starting around 8-9 AM and continued until the people in the unit returned. And while we were told that the people next to us had 2 registered dogs, but we saw them with a third dog. Pet fee is $75 per pet, guess they don’t check to see how many pets you actually have with you. Pets were supposed to be 40 pounds or less. We saw two dogs, both looked like a huskie mix, which were easily 50-60 pounds.

We have dogs at home that include a collie and huskie that are the same size and I know how much they weigh. To round out our stay, we felt like we were being rushed out. At around 8:30 AM, the cleaning crew was standing outside our door as if we weren’t moving fast enough to get out of the room for check out at 10AM.

They stood outside the doors, leaning up against a column or wall until we were gone. Included in the cleaning personnel were several employees that decided to park their golf carts in needed parking spaces while one worker was in his cart laying in the seat and watching loud videos on his phone. Obviously, the $2,000 plus I’m paying in maintenance fees aren’t being spent here in this resort.

This experience has us wanting to sell our timeshare. Definitely will not be coming back to this resort! What a disappointment!

We can help you cancel your Festiva Orlando Resort Agreement Legally. Contact us Now to see if you qualify!

This is the second time I have stayed for a Festiva Preview showing setup by Festiva Gateways, that Festiva says is not affiliated with them but a marketing company. Well, they need to take a look at what they are doing, because I was not happy with my room in Myrtle Beach or Orlando.

They have failed to get it right for me two times.

No, I did not purchase a timeshare from them because of the place they put me in.

If you plan on saving money for free tickets to Disney going through Festiva Gateways, DO DO IT! YOU WILL BE HIGHLY DISAPPOINTED!

The only highlight of my stay was the woman who represented Expedia with the Disney tickets. She was great!

Owner of single unit for past 22 yrs

used this timeshare 4 times in 22yrs. very disappointed in appearance and amenities .nice hotel rooms cost less then what I pay 686.86 for two yrs of taxes and maintenance fees and only get to use it of 1 WEEK EVERY OTHER YEAR …CANT SELL IT .

NOBODY WANTS IT …and I just went online I could book a room every yr cheaper than my maintenance fees and taxes so take my advice DON’T BUY INTO THIS ….RUN

We had a great time during our vacation, however, the unit we were placed in needed many upgrades, repairs to dishwasher, washer/dryer unit exhausted to inside the unit. The furniture, well let’s just say I wouldn’t keep it for my dogs. The couch was so old and broken down when you sat on it the wood from the frame of the couch pinched the back of your legs, chairs with big black stains on them, shredded carpet that was covered with duct tape……..yuck. Also, of note that we were not informed of and I think is very important to know…..we were placed in the building closest to a pond that housed at least two live alligators one which sunned itself daily on the edge of the pond. Be aware if you have children! I laughed when they called (more than once) trying to get me to consider purchasing a timeshare….I told them they need to treat their potential buying customers better….don’t put them in a poor unit and expect them to want to purchase….that is basic common sense.

I stayed at the Festiva Orlando Resort 12/14-12/17th 2016 FOR FREE. It was a part of a vacation club timeshare review with GMG Tours. I thought to myself when offered oh GREAT I can take the kids the week before Christmas (best time to travel to Disney) and this could be their Christmas gifts with the theme parks. we got to the welcome center 1st as instructed and the check-in was smooth the placed looked outdated but we were not staying in the same place so it didn’t matter (Fantasy World II).

Once we arrived at the Festiva it looked cute on the outside and the people were really friendly, I noticed the property could use some updates but again it was FREE so I was ok with that. DISASTER TIME, I entered the room we had a 2 bedroom suite it was very spacious and VERY OLD UGH!!! I wanted to pack my kids up and go to a Disney property ASAP but when I called the prices were just not reasonable so we stayed. The tubs were filthy, floors, curtains, shower blankets everything. I never unpacked our things we lived out the luggage for the weekend, I never used their towels on my body (I travel with my own) I put them on the bathroom floor to walk on, I stripped the blankets off the beds and used the sheets, I had the kids to only stand up in the tub with flip flops on to wash up due to some nasty rust in the middle of the tub and I went to Walmart and bought all the plastic ware for us to eat and drink out of for the week. The best thing about this resort was that I didn’t pay but I NEVER travel and stay at places like this I am still treating a rash my son and I developed while sleeping in the beds. If they offer you a free room in exchange for a timeshare presentation DO NOT choose this NASTY place ask to stay at Fantasy World II or DON’T GO.