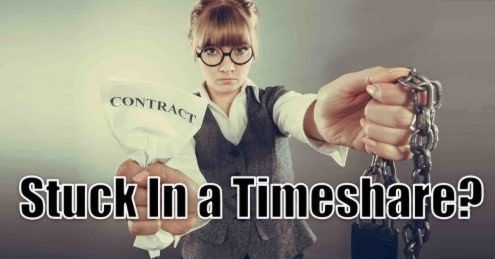 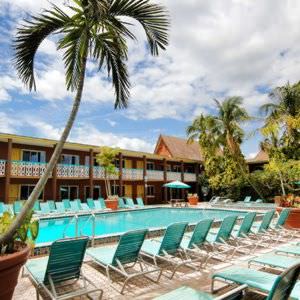 Many of the UK’s timeshare owners are currently tied into contracts with Diamond Resorts – one of the leading timeshare schemes in the USA.

There has been a huge increase in complaints and timeshare release enquires in recent months from customers with Diamond Resorts.

I have recently returned from a one week stay at Sunset Harbour in Tenerife and while the apartment itself was fine and we were given a sunny balcony as I requested as a timeshare owner we would expect a refurbished room. The sofa bed is also quite hard to sleep on – perhaps it has been flattened somewhat as it was a little tired looking.

Not the most appealing location, as it is a little run down but they are now updating the area outside of the complex and it’s only 5 minutes from the beach which is why we chose this one.

The allocation of sunbeds was absolutely ridiculous. On the day after our arrival, we got to the pool about 9.15 to find there were no empty sunbeds left. Eventually, two became free and we sat on them.

Every other sunbed had been reserved with towels, sun cream etc. I watched some of these empty bed. By 1 pm still, only half were occupied. Some people had saved 6 sunbeds, four umbrellas and four tables, they arrived at the pool around 3 pm.

The following we day we got down to the pool at 9 pm when it opened to find people queuing for umbrellas, saving their ‘space’ by the pool and reserving several tables. Within minutes of the sunbeds being unlocked all had been taken.

By the afternoon there were at least 6 people laid on towels on the floor having given up all hope of a comfy lounger despite there being dozens of bed claimed and barely used.

Several groups of people appeared early afternoon with sandy feet seemingly having been on the beach all morning.

The idea of a relaxing holiday is somewhat hampered by having to be down at the pool by 8.40am in order to queue for a sunbed and umbrella if you want any hope of getting them.

On more than one occasion did we witness tussles for sunbeds/chairs/umbrellas. The majority of the people ‘bagging’ their sunbeds and even marking out an area by the pool with towels at 8 am were seemingly non-members given they were not using members towels. The situation became so bad staff resorted to taping off the pool area with hazard tape until 9 am. Unsurprisingly this was ignored by many guests.

I have been holidaying as a member guest at Diamond locations for the past 12 years. I have NEVER seen anything quite so ridiculous. We have stayed high season before in other locations – Royal Sunset Beach, Santa Barbara, Sunset Bay and never encountered anything like it. Speaking to other members it seems they were also quite alarmed. As a paying member, this is not something you expect to encounter and it certainly isn’t the ideals promised to timeshare owners.

It is also worth mentioning that the state of the pool furniture was disgusting too. All the tables were filthy, every single one I picked up had had their cup holders used as ashtrays, they needed binning not cleaning.

A lot of the sun loungers were also very dirty.

Many of the guests left their children in the pool unsupervised and we witnessed one young girl who seemingly couldn’t swim clinging to the side of the pool looking terrified parents nowhere in sight.

We stuck to the upper pool as this was a little quieter and less cramped.

The steps into the lower pool with the swim up bar were frequently blocked off by people sat drinking and more than once did we witness children in the pool with ice creams dripping into the water and people smoking, ash falling into the water. Lots of smokers around the lower pool seem to think it was acceptable to chuck tab ends on the floor or stub them out on the little tables and drop them into the cup holes. Very unpleasant indeed.

This is not the standard expected at a Diamond Resort at all.

Worth noting the courtesy room isn’t great – small, has a very slippy floor and is boiling hot with no air conditioning or fresh air and only has one plug socket.

If you were planning on using it to shower, freshen up and blow dry your hair before your flight you’d be disappointed.

Very inferior to ones at other resorts.

Booked directly with diamond resorts, 1 bed apartment with sofa bed which was huge.

View was of the street and would have preferred a pool view but not the end of the world.

Booked before Christmas but were then told of building work in February, the noise is quite severe around the pool and does not make for a relaxing time.

Well placed for access to Adeje, you can walk everywhere and no need for a car.

Would have been 4/5 stars if no building work.

We have stopped here over Xmas and new year for the last 4 years and have noticed the place is looking untidy and unkept with plaster and paint dropping off the walls of the complex..

To say they have upgraded and modernised the apartments we have always had one that has never been done..

These apartments are very dark and you have to have the lights on all day in every room when your in..

Absolutely fine for the money

If you’re looking for a cheap week in the sun, this place will do the trick. However, if you’re not a member of Diamond Resorts, don’t go expecting a high level of service.

In usual Diamond fashion, lots of added extras – wifi (6€ per day per 2 devices), pool towels (1€ per day per towel) and 5€ to print your boarding pass for your return flight to name but a few.

My room looked directly onto the building site at the front of the hotel. I was told that I could move ‘no problem at all’, but would need to be the following morning.

The next day, the reception called and asked me if I was ready to move, at which point I was informed that the ‘admin and cleaning fee’ associated with moving to a new room would be 40€- very disappointing.

Most hotels would go out of their way to help settle an unhappy customer, but the phone was quickly put down on me when I explained that the fee wasn’t explained the previous night.

The hotel is located by the cheaper end of the town, but go out by the front and turn right and there’s plenty of really good quality restaurants to choose from.

To conclude, a decent hotel to get away for a week, but nowhere near as ‘luxury’ as other a Diamond resorts I’ve stayed in before.

We came here primarily for a rest and do little, on that score it worked well for the most part.

However the security gate which led out to the front was always propped open by Diamond staff, it was noisy around the pool and reception area after 11.30pm, so where was security?

The resort itself was not in a good state of repair requiring painting and some talc, the pool also had to be sealed while we were there. The apartment we had was B13 and was very good, but had no sun on the balcony after 12 noon. Will we back to Tenerife? Definitely.

Will we be back here? Definitely not.

We are Diamond Gold members and we expect a certain standard, sadly this resort fell below it.

The staff were very good, the apartment was very good, but the complex fell well short.